On Friday July 9th we were delighted to host a live conversation with musician, writer, and meditation teacher Jessica Zambri.

Jessica joined us for a meaningful conversation about creativity, the music industry, the artist’s life, mindfulness, and more with studio BE Creative Director Jacob Snell.

In case you missed it, you can catch the whole interview here:

Jessica Zambri is a musician, writer and meditation teacher.

She began building her roots in New York City in 2003. Over the years, she has cultivated a rich community in performing, writing, and producing music. Jessica has released six albums, collaborated on many others, and toured internationally. She has also worked in music management for artists such as Arcade Fire, Björk and Paul McCartney.

In 2009, Jessica began practicing yoga, which introduced her to meditation. Years later, she felt a transformative shift in her practice after taking a course on ethics with JoAnna Hardy via Ten Percent Happier.

Jessica has completed the Foundations of Mindfulness-Based-Stress-Reduction (MBSR) via New York Insight Meditation Center with guiding teacher Jon Aaron and is continuing her education with Brown University. Jessica received a certificate of graduation for the Advanced Trauma-Sensitive Mindfulness training program offered by David Treleaven.

She is currently enrolled in the International Training Cycle of Breathe in Reconciliation facilitated by Paula Ramírez and Matthias Rüst. Other courses include: MBSR with Saki Santorelli and Florence Meleo-Meyer, The Power of Awareness with Tara Brach and Jack Kornfield, Life and Death year-long course with Rosemary Blake, Jon Aaron, Nancy Glimm and Amy Selzer via New York Insight Meditation Center, and Satipaṭṭhāna Meditation guided by the academic research and practice instructions of Venerable Bhikkhu Anālayo via Barre Center for Buddhist Studies.

Jessica attributes “staying curious” as the foundation of her meditation practice with a strong commitment to do no harm. She believes this embodied awareness practice plays a central role in supporting a healthy connection to her creative nature.

In an interview with Under The Radar Magazine, she says, “I'm no wizard, but the lack of curiosity we have for one another has definitely contributed to where we are right now.”

We’re honored to call Jessica a founding member of the studio BE faculty. She teaches live mindfulness classes on Tuesdays and Fridays.

Thanks for joining us, Jessica! We loved chatting with you. 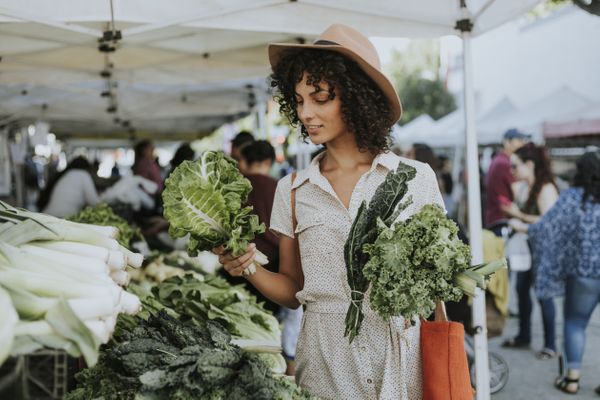 Travel can be a complicated source of anxiety for folks dealing with health conditions. These strategies can help cultivate well-being while away.

We're proud to announce our series seed raise, led by 1855 Capital and the Ben Franklin Technology Partners of NEPA